For the second year in a row, Two Ten WIFI and Footwear News joined forces to present an evening of celebration at the Women Who Rock event in New York City. The event, which took place at the gorgeous NeueHouse penthouse on 25th Street, featured two powerful speaking programs and entertained a sold-out audience of 240 women and men.

The program portion of the evening began with a conversation between entrepreneurs, designers and long-time friends, Tory Burch and Tabitha Simmons. The pair spoke on where they find inspiration, the challenges of balancing motherhood and business, and mission of the Tory Burch Foundation, which supports female entrepreneurs.

Tory spoke of her surprise when entering the workforce after college. “I never realized that women would have a tougher time,” she said. “I have this theory that equal pay, and women’s equality should be an absolute given. It should not be a favor”.

Tabitha shared her own words of wisdom regarding self-doubt and lack of confidence. “If you fall off your horse, you get back on. Don’t be afraid to ask for help”. She noted the importance of women helping one another in this journey.

Tory and Tabitha also discussed their mentors – both in life and in business. While both have found mentors inside of the industry, they both stressed the importance of finding mentors outside of the fashion industry who will push you to see things differently. “I think it’s really important in business, and as far as advice goes, to surround yourself with people that are pushing you to have a new way of thinking”, Tory stated.

The two also discussed the myth of the perfect work/life balance. Both Tabitha and Tory agreed that balancing a career and being a mother is incredibly difficult and that putting family first is of great importance. Tabitha applauded Tory for her approach, stating “whenever her son’s call, she will always take the call”. She continued by saying, “I’ve found you such an inspiration because you will always make time for your children and you always put them first and foremost.”

After wrapping up their conversation, Daianara Amalfitano, SVP of ALDO Brand headed to the podium to share remarks of her own personal journey, and to reiterate the importance of female leadership in the ALDO organization. As the Title Sponsor of the WIFI program, ALDO’s commitment to this cause is a natural and organic partnership that will help Two Ten WIFI in their mission to advance female leadership across the industry over time.

Following Daianara, the six talented women on the Breaking Through panel took the stage for a roundtable discussion. Dr. Valerie Steele of the Museum at F.I.T. was joined on stage by Molly Adams of Famous Footwear, Joelle Grunberg of Lacoste, Brandis Russell of Converse, Kirta Carroll of Foot Locker, and Angela Medlin of FAAS x Pensole to discuss pivotal career moments, the challenge of creating a balance between work and family, and how finding mentors, both male and female, is important in the workplace.

While each participant was able to draw from their own experiences, common themes emerged in their conversation. All of the panelists used courage and bravery when taking on a career challenge that elevated their role in the workplace. Several spoke about the importance of being able to depend on a smart and talented team.

While the women came from different backgrounds, many are mothers who struggled at one time to juggle both career and family. When asked about work/life balance, Brandis candidly replied, “balance is not an accurate assessment. Balance sort of projects that everything is equal parts. It won’t be.” Molly agreed, adding, “I don’t believe in work/life balance because I only have one life and all of these things just have to fit into it.”

Additionally, many of the panelists agreed that while progress has been made for women in the workplace, there is still a way to go. However, the mood in the room was hopeful, with several panelists recognizing that companies are taking initiatives to provide opportunity to female employees and create a better working environment.

The panel concluded with an audience Q&A which discussed the importance of professional mentors, and a discussion on educating young men on the challenges that surround women in the workplace. 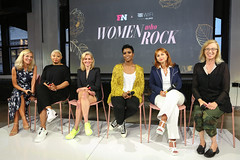 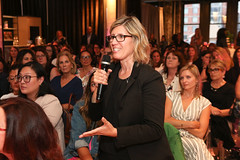 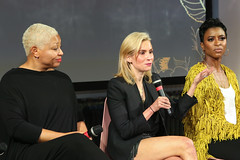 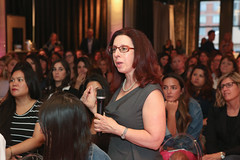 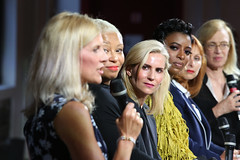 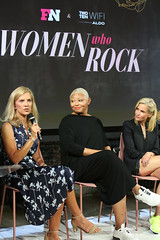 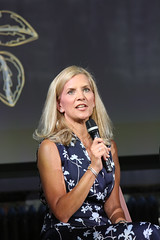 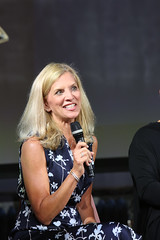 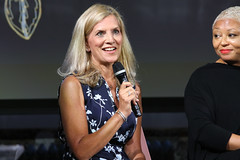 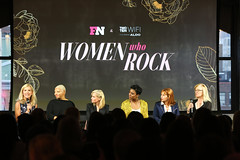 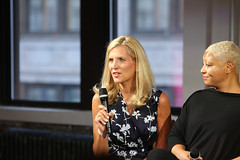 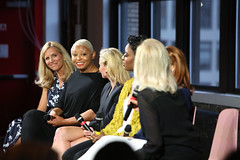 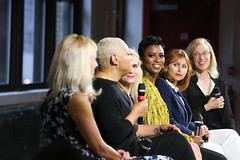 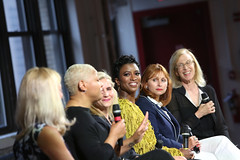 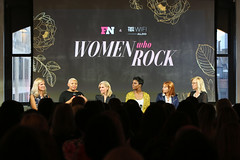