Tom Vernarsky and his team at Shoe Carnival in Evansville, IN, started with one house.  Over nine years later, he’s built entire neighborhoods.

Tom, recently retired from Shoe Carnival, has been involved with Habitat for Humanity for nearly a decade and over that time he and his crew have helped build 53 houses.  For 2020, he’s already started work on 6 more houses, including a seventh one that he hopes will be entirely funded by fellow footwear companies, as in years past.  He refers to that house as his “Footwear Cares Build” and he’s aiming to launch it in April to commemorate Two Ten’s Footwear Cares® program and National Volunteer month. 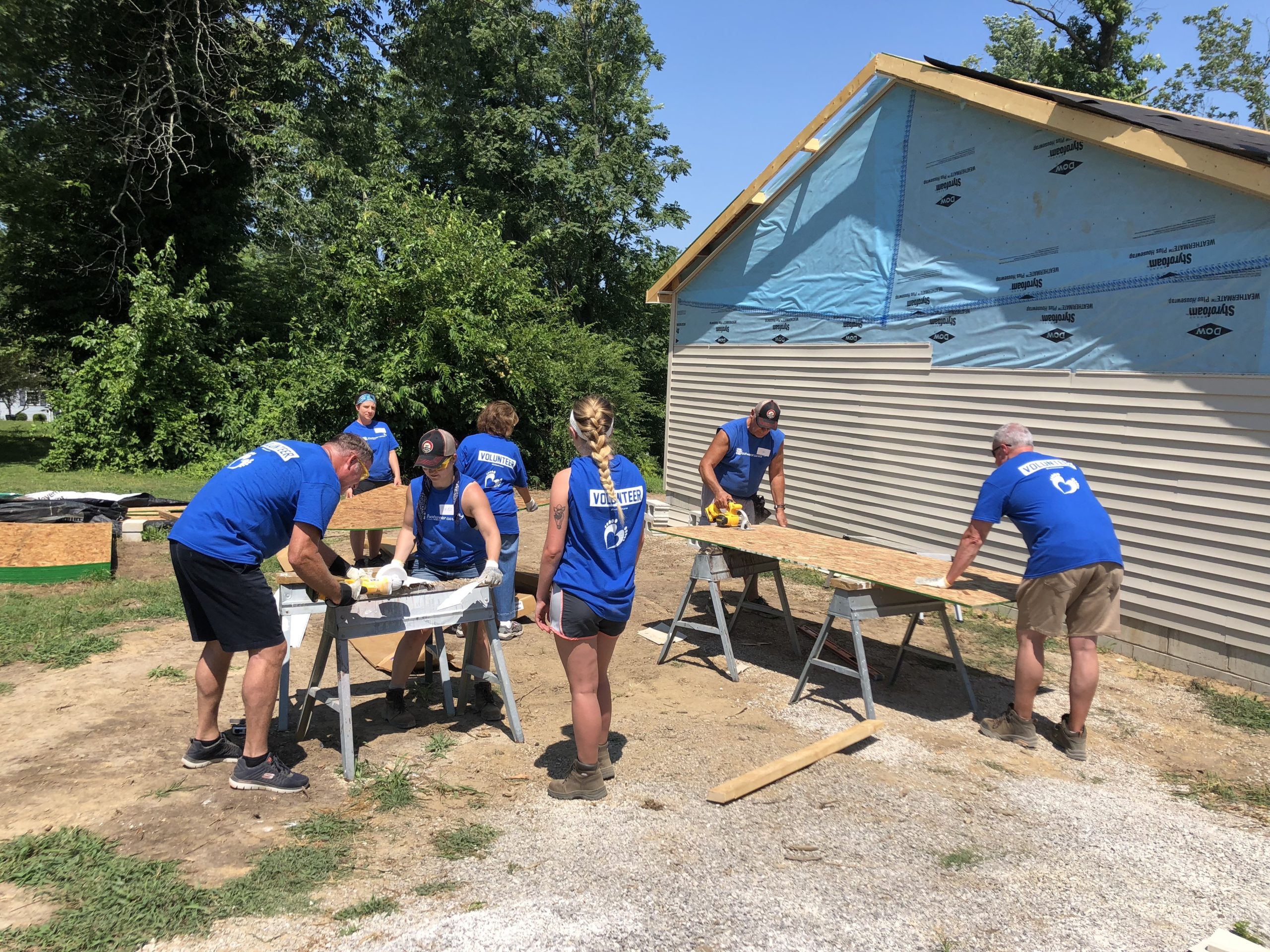 Tom’s “can-do” spirit and welcoming attitude are part of his charm that helps bring together an ever-growing number of volunteers to help with these builds.  Volunteers from Shoe Carnival are also joined by teams from Skechers,Timberland, Timberland Pro, Weyco (Florsheim, Stacy Adams and Nunn Bush), Fila, Irish Setter, Wolverine, Caterpillar, Dockers, Levi’s and Keen, to date.  Two Ten Footwear Foundation teams have also helped swing a hammer or two alongside the Shoe Carnival crew – it’s an incredibly fulfilling experience!

Vernarsky says the return on the volunteering investment is priceless.  “The families are so grateful and overwhelmed by the financial donations as well as the travel, time commitment and hard work by all of the volunteers,” he says, adding, “Evansville is a small city and Shoe Carnival is a major employer, so the company has the capacity and the passion to make an impact on its surrounding community.” 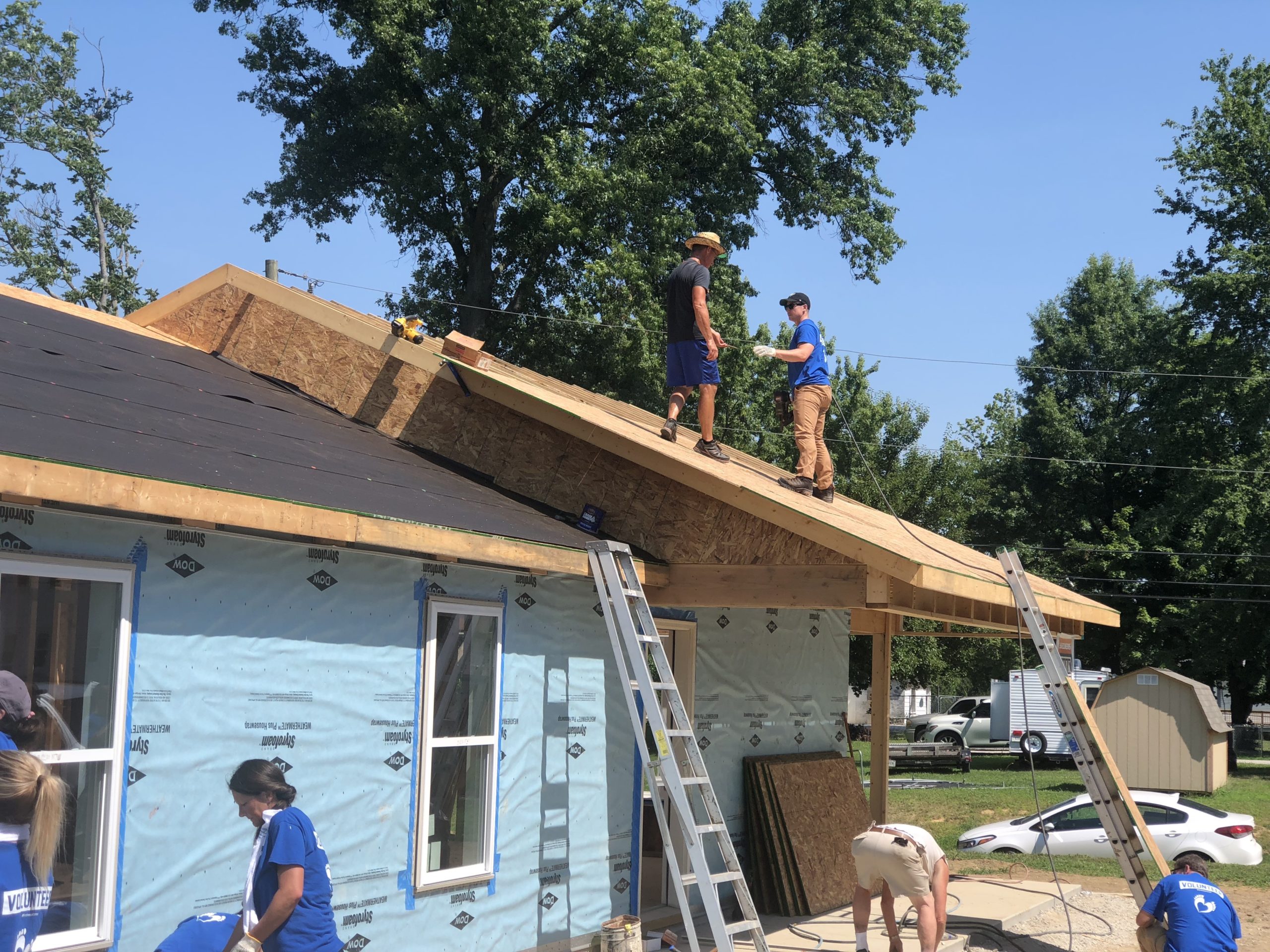 Shoe Carnival’s support for the footwear industry as a whole is tremendous and noteworthy.  They served as the Chair of Two Ten’s 80th Annual Gala in December 2019, raising critical funds to help footwear employees in crisis.  Thank you Shoe Carnival!

If you and your company would like to get involved with Footwear Cares®, please visit twoten.org/get-involved/footwear-cares/ 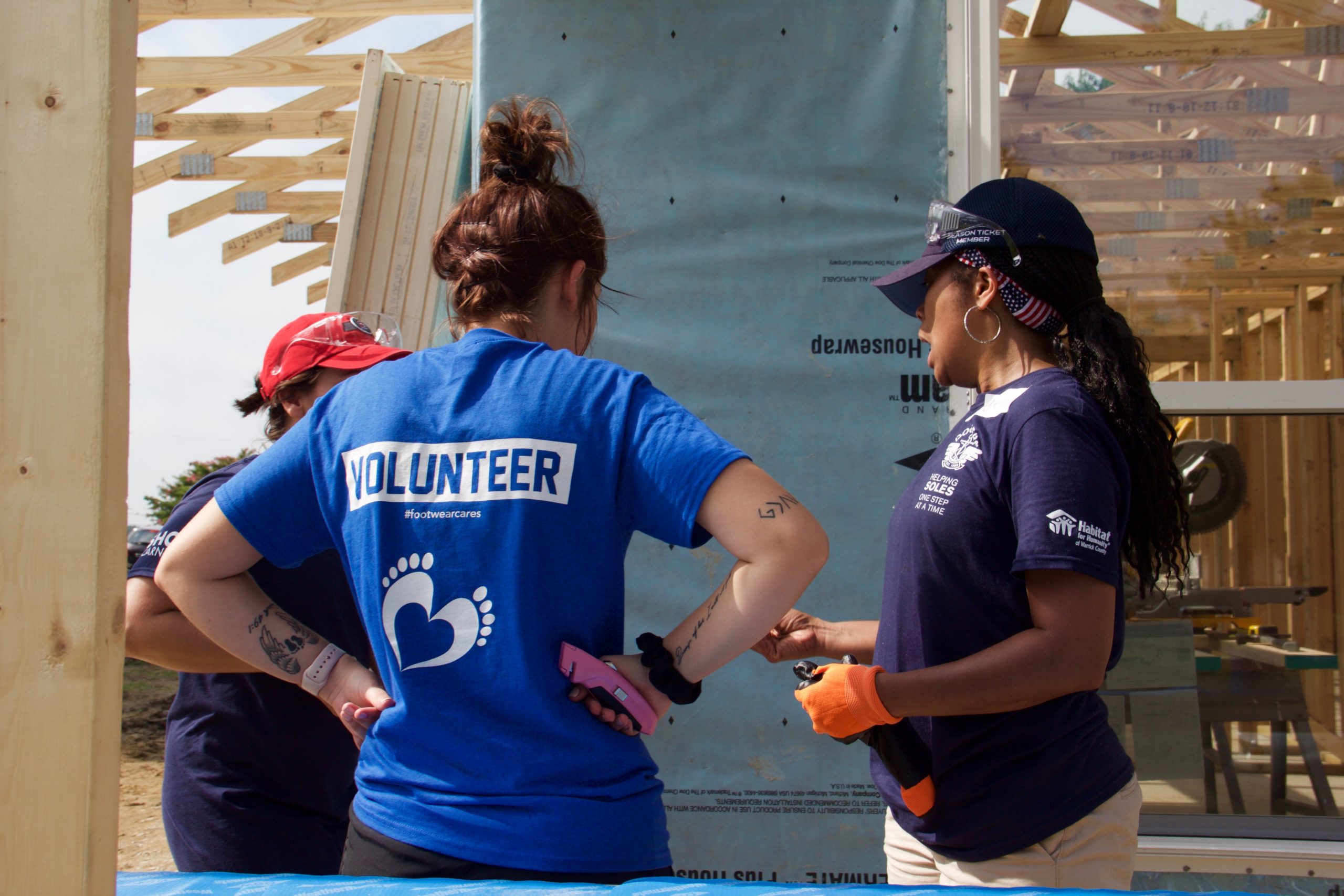 (Portions of this article reprinted with permission of Footwear Plus)