Support Two Ten Through a Partnership

Partner with Two Ten to support your Corporate Social Responsibility and marketing goals and ensure Two Ten has the resources to support your employees and all of the employees in the footwear industry when they need it most.

Partner with Two Ten to create your own unique event and donate the proceeds to Two Ten. Leadership from Aldo participate in Race Across America and have raised over half a million dollars in support of our Cancer Care Fund. Zappos has raised over $1M with their Zappos-4-210 sample sale and signature golf tournament Zalloween. Interested in supporting us by doing your own signature corporate event? For more information please contact Stacie Finnegan at sfinnegan@twoten.org or 781-736-1528.

Clear your unwanted inventory while supporting giving to Two Ten.

The process is simple: Unwanted inventory is converted into emergency funds to help footwear families.

Who can Donate:
All US footwear manufacturers and retailers.

Share Your Shoes accepts donations of any size. Partners can ship the shoes directly to our Two Ten logistics partners, or we will schedule a date and time for pick-up at your facility.

Why should you participate in Share Your Shoes?
• Easy, turn-key process to clear inventory and reduce warehouse costs.
• We 100%-guarantee your inventory will be distributed exactly where you specify.
• Align your footwear brand or company with Two Ten Footwear Foundation, the charitable foundation of the U.S. footwear industry.
• All funds raised from Share Your Shoes provide financial assistance for footwear employees across the U.S, including your own employees who reach out to Two Ten for help.
• Your product donation may be eligible for tax benefits (please consult your tax advisor).

Encourage your employees to give incremental amounts every pay period. Work with your executive/management team to lead by example and give generously leading by example. To learn more or to start an employee giving program at your organization, please contact Stacie Finnegan at sfinnegan@twoten.org or 781-736-1528.

WIFI – Women In the Footwear Industry

Co-founded in 2010 by industry leaders Diane Sullivan and Carol Baiocchi, Two Ten WIFI harnesses the collective power of footwear industry women to support each other, to create a strong sense of community and to advance the mission of the Two Ten Footwear Foundation.

Now with more than 4,000 members nationwide and ten regional chapters, WIFI actively connects and inspires the industry’s most influential women and next-generation leaders;  provides a forum for empowering women through mentoring, education, relationship-building and events: and seeks to increase advocacy for the Two Ten Footwear Foundation. For more information please contact Stacie Finnegan at sfinnegan@twoten.org or 781-736-1528. 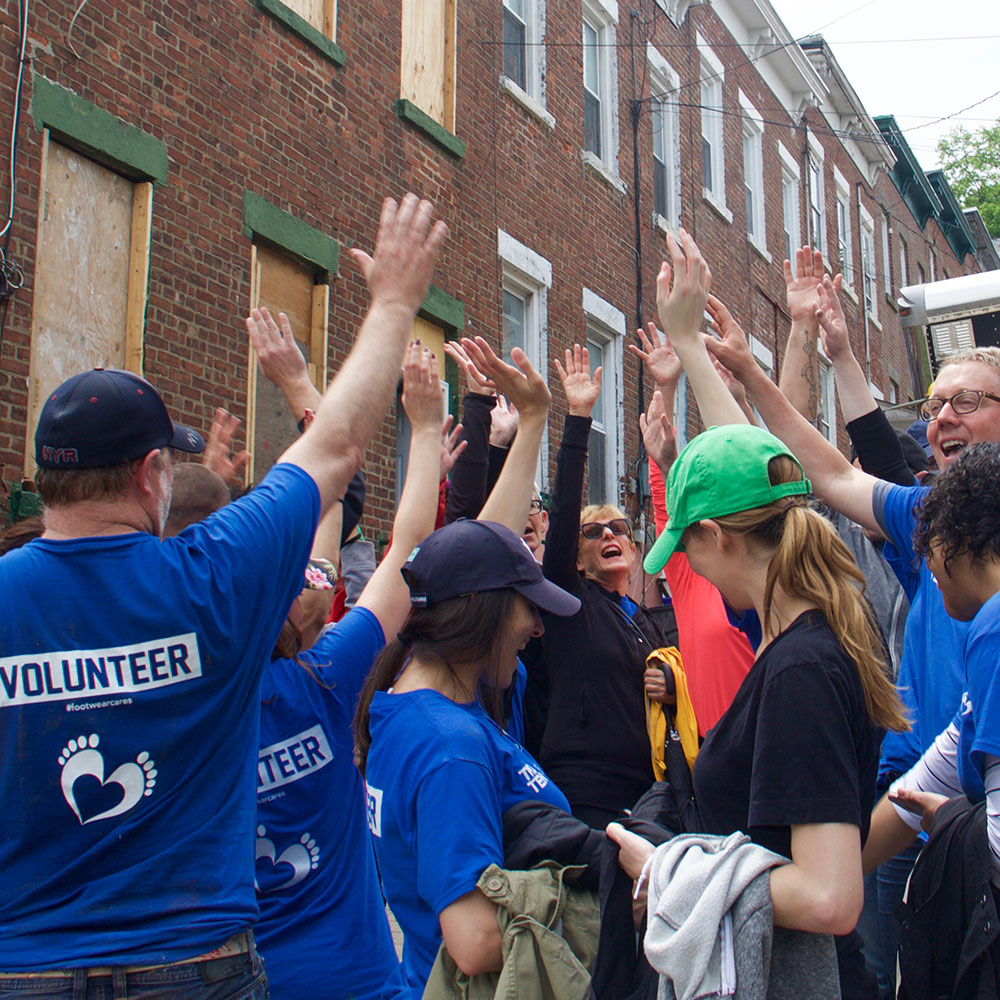 Two Ten Footwear Foundation’s Footwear Cares volunteer campaign engages our industry’s workforce in an inspiring and widely-recognized national model of philanthropy and corporate social responsibility unlike any other in America.

In addition to hosting volunteer events in key cities across the country during the month of April, Two Ten works with footwear companies throughout the year to support their existing corporate social responsibility efforts and maximize their visibility and impact.

As a Footwear Cares sponsor, you will deepen and broaden your relationships within the ($80 billion) U.S. footwear industry, elevate your exposure through branding and media opportunities, and position your organization as both socially responsible and community-driven. Learn more.

Give to the Endowment
more

A healthy Two Ten Footwear Foundation Endowment will ensure every shoe person in crisis has a place to call for help.

Two Ten Footwear Foundation is the only philanthropy in the United States that focuses solely on supporting its own industry and workforce. Since its humble, “pass-the-hat” beginnings in 1939, Two Ten has continued its extraordinary mission to improve the lives and careers of footwear employees in the U.S.

Today, Two Ten Footwear Foundation is positioned to confidently move forward and help more footwear families than ever before. At the heart of our progress is Two Ten’s Endowment Fund which provides a dedicated and critical source of operating revenue, representing approximately 30% of our annual budget and ensuring we can continue our mission.