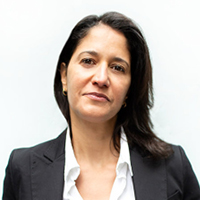 Sandra Colon has over 30 years of experience in management with global brands such as Fila, Columbia Sportswear, and Puma. In 2016, Colon joined the global lifestyle brand Birkenstock to lead their US wholesale sales division across top retail partners nationwide, setting the business strategy and leading the sales team. 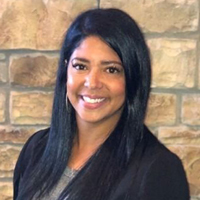 Carrie Guffey currently serves as Senior Vice President – Softlines at DICK’S Sporting Goods. In this role, Carrie is responsible for leading the merchandising efforts and driving sales for all Softline categories, including Women’s, Men’s and Youth Athletic Apparel, Footwear, Outerwear and accessories.

Carrie joined the Company in 2002 as an Assistant Buyer in Outdoor Apparel and has served in a variety of merchandising leadership roles throughout the years. Most recently, she served as Vice President / General Merchandise Manager leading Footwear, Women’s Athletic Apparel and Accessories since 2018. 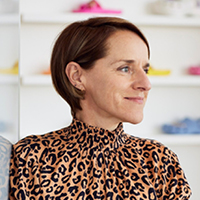 Michelle Poole became President, Crocs, Inc. in September 2020 and has oversight of the Americas, Asia and EMEA regions, as well as Product, Merchandising, and Marketing. Prior to this, she served as Crocs’ Executive Vice President, Chief Product and Merchandising Officer. Ms. Poole has more than 28 years of experience and proven success in the development of leading global fashion and lifestyle brands including Sperry Top-Sider, Timberland, Kangol, Converse, MTV Europe, and Pepe Jeans where she had a range of marketing, merchandising & product management roles. Since 2018, Ms. Poole has served on the board of Pact, a privately held apparel brand based in Boulder, CO. She received her Bachelor’s honors degree in fashion marketing from the University of Northumbria, UK. 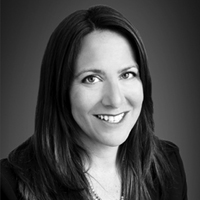 Sandi Mines, VP and Publisher of Footwear News and Footwearnews.com, took the helm in 2013. Sandi joined the company in 2003 and has developed strong relationships and astute knowledge of the business, allowing FN to expand its reach and influence within the footwear industry. Sandi is responsible for the overall revenue for the brand and manages the global sales and marketing teams.

Sandi received her Bachelor’s degree from Ithaca College and her Master’s degree from Lewis & Clark College in Portland, OR. Sandi currently lives in Hastings-On-Hudson, NY with her husband and three children. 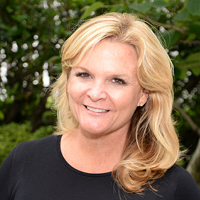 Tacey Powers is the EVP GMM for Nordstrom Shoes and Price Stores. Her responsibilities include 100 Nordstrom stores, 243 Rack stores, 7 Canada stores, Nordstrom.com, and Nordstromrack.com. Prior to her current assignment she has served in many roles across the Nordstrom organization including EVP GMM Rack, VP of Shoes for the Rack, VP of Women’s Shoes for Full price, Merchandise Manager of Nordstrom.com and the catalog division back in 1991 when the website was launched with “Make room for Shoes”.

Her career started in 1981 on the selling floor in Southern California which started in Women’s apparel and served in various merchandising roles before moving to Seattle.

Tacey is deeply involved in the Two Ten Footwear Foundation, which serves people and families in the shoe industry who are in need. In 2018 the foundation presented Tacey the Social Impact Award, which is given in recognition of philanthropic leadership. She is proud to be supporting Nordstrom’s Shoes That Fit Back to School Campaign, a non-profit organization that helps children across the country by giving them access to brand new, properly fitting athletic shoes and other life-changing essential items.

Tacey joined the FDRA (Footwear Distributors and Retailers of America) Board in December 2020. The FDRA is a non-profit organization business and trade association, providing innovative products, training, and consulting. Its members include most U.S. footwear manufacturers, brands, retailers, and importers to global footwear companies.  It advocates for lower costs for consumers, allowing its members to sell more shoes and create jobs.

Tacey is married and has 2 grown children who also reside in the Seattle area.