On August 13th, more than one hundred footwear industry women and men gathered in the beautiful FNPlatform Women’s Footwear Lounge space on the floor of the Las Vegas Convention Center, to honor and celebrate three industry leaders for their contributions towards female leadership with the Third Annual Two Ten WIFI Impact Awards.

Presenting Sponsor for the event was Skechers, with hosting responsibilities shared by a number of Two Ten WIFI friends and supporters. Leslie Gallin, President of Footwear for Informa and Two Ten Board Member, kicked the evening off with a warm welcome to attendees. She was followed by Sarah Bloch, VP of Fashion Footwear and Accessories for The NPD Group and Two Ten Associate Board Vice-Chair, who set the tone for the evening by touting the importance of the WIFI program and encouraging attendees to become more actively involved.

Each honoree had the opportunity to speak after receiving their award, to highlight their own experiences and give tribute to the hard work and dedication of their teams and families.

Terry Solis, President of Sales Group, Marc Fisher Footwear, was honored with the Leadership Award and spoke about her own style as a leader.  Just six weeks away from retirement, Terry noted how honored she was to be acknowledged by Two Ten WIFI as an industry leader and that it was a wonderful way to cap off her career in footwear.   Her award was presented to her by long-time colleague and friend, Tracey Bravant, who flew to Las Vegas to surprise Terry.

“My belief is that leadership at work begins with creating the right environment. One of kindness and caring; of fairness, both internally and with our business partners…a leader needs to be a teacher and a mentor, a great listener, and most importantly, I think they need to be able to lead by example.” – Terry

For their support and commitment to female leadership, The ALDO Group was honored with the Advancement Award. Valerie Martin, Vice President of Communications, Culture & CSR accepted the award on behalf of the organization, which was presented to her by Libby Edelman, SVP Sam Edelman, and WIFI National Advisor. Valerie spoke of the many ways that the ALDO Group has made strides in creating an environment that fosters women leadership – through their commitment to the Two Ten WIFI program as title sponsor; the creation of an internal female leadership resource group called Connection; a leadership coaching program; and a series of office guidelines and services that provide flexibility to balance work and home lives.

“Change is fast. You just need to have the courage to do it. Today, 69% of our managers are women, and 50% of our leadership team is female. This is double the general business percentage.” – Valerie

Kathy Forstadt, Director of Casual Women’s Footwear at Zappos, received the Community Award for her long-standing commitment to the WIFI program. both regionally and nationally. Presented with her award by Zappos colleague and personal friend Jeanne Markel, Kathy shared a story of planning her first Two Ten WIFI Las Vegas event while pregnant with her first child – including checking in on the event from the hospital while in labor — and spoke about what the program means to her.

“It’s this WIFI organization that allows all of us to share our experiences and build a network. Being a woman, there are life challenges to overcome, but together we have the support to achieve great things in our career.” – Kathy

Congratulations to each of our honorees for their outstanding work and accomplishments. Thank you to all who celebrated with us! 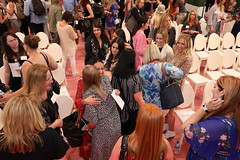 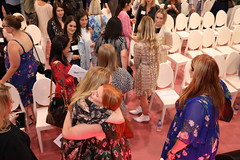 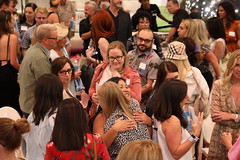 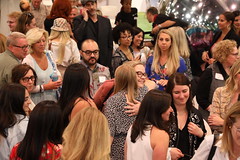 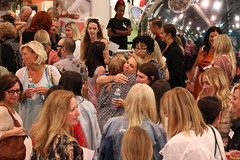