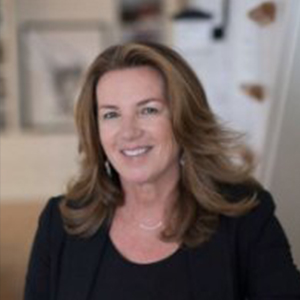 Tracey Mcleod is the founder and CEO of TIEM Athletic, a footwear company focused on the boutique fitness space. Founded in 2016, with the launch of TIEM’s flagship SPD compatible cycling shoe, the Slipstream, Tracey set out to fill a void in the sportswear market, for proper, stylish cycling footwear. As the brand grows, TIEM continues to meet the needs of women who want athletic performance without sacrificing style both on the bike and off.

Tracey brings over 25 years of experience in the footwear industry. She began her footwear career joining BBC International after graduating from the Fashion Institute of Technology with a BA in industrial design. Her roles at BBC Int. included a progression of design, development and sales roles within the company, and in 1996 she became a partner at BBC.

Tracey joined the Two Ten Board of Directors in 2011 and serves on the Communications Committee. Tracey also helped establish the Share Your Shoes program.