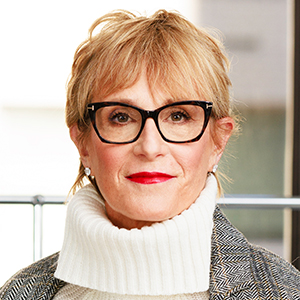 Previously, Ms. Itzkowitz was group president at Nine West Group, where she was charged with the oversight and direction of all branded footwear lines.  During her tenure, she was responsible for assembling an all-star executive team and achieving record sales growth for the company.

Throughout Ms. Itkowitz’s career, she has championed core values of partnership, passion, and integrity that she has helped establish at Marc Fisher Footwear. She has worked hard to foster female talent at Marc Fisher footwear.  She is one of the most prominent supporters of the Two Ten Footwear Foundation and FFANY Shoes on Sale.

Susan joined the Two Ten Board of Directors in 2009 and currently serves on the Social Services and Education Committees.