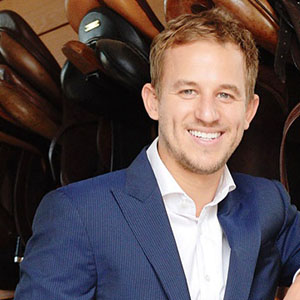 Seth Campbell, a life-long New Yorker, has been President of BBC International since February 2020. Seth is a graduate of NYU and has credentials from the ARS SUTORIA School in Milan. Growing up in the industry, spending days in the office alongside his father, a summer in China working in the factory at age 13, and always being the first kid to wear the latest styles like the Reebok pump or lighted footwear, it is no surprise that footwear became a way of life for Seth. This all led him to start his own footwear company, UES (Upper Echelon Shoes) in 2005 and later partnering with Steve Madden in 2010.

Seth joined BBC on an international sales level back in 2014, being an avid traveler and having visited over 50 countries and almost every continent, it was a perfect transition into BBC. He then was elevated into Business Development in 2017 where he brought on the licensing partnership with Champion and really introduced BBC to the full family fashion athletic arena. In 2019 he took a larger role in Brand Management, overseeing all brands; sales, marketing and design.

In 2017 Seth and his Father, Bobby Campbell, became the first ever “father – son” leadership role as Co-Chairs of the Two Ten Gala, with the theme “One Team; Connecting Generations” raising $3.6M. Seth is Vice Chairman of FAPE Circle, a division of FAPE (Foundation for Art and Preservation in Embassies).

Seth joined the Two Ten Board of Directors in 2020.