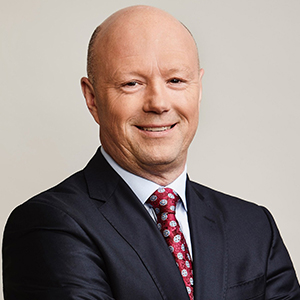 Mr. Frisk was appointed Chief Executive Officer and President of Under Armour and a member of its Board of Directors in January 2020, after serving as President and Chief Operating Officer since July 2017 when he joined the company. Mr. Frisk has more than 30 years of experience in the apparel, footwear and retail industry. Prior to Under Armour, he was Chief Executive Officer of The ALDO Group, a global footwear and accessories company. Previous to that, he spent more than a decade with VF Corporation where he held numerous leadership positions including Coalition President of Outdoor Americas (The North Face® and Timberland®), President of the Timberland® brand, President of Outdoor & Action Sports (EMEA), and Vice President and General Manager of The North Face®. Before joining VF Corporation, Mr. Frisk ran his own retail business in Scandinavia and held senior positions with Peak Performance and W.L. Gore & Associates.

Patrik joined the Two Ten Board of Directors in 2019.