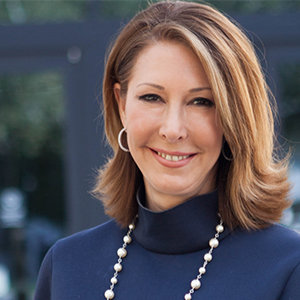 Recent Past President of Footwear, Informa Markets- Coterie and notably FN PLATFORM, the footwear shows at MAGIC, the fashion industry’s premier gathering of Women’s, Men’s and Children’s footwear, for which Leslie created.  Leslie Gallin is one step ahead scouting the world’s best new designers and fresh trends, providing unparalleled business insight and access into the fabulous world of footwear and beyond.

Throughout the years, Leslie has held prominent positions at Geoffrey Beene (Vice President), Escada (Mgr. Northeastern Sales), Louis Feraud (Western US Sales), and Pauline Trigere (Domestic and International Sales Manager), and was instrumental in the licensing of brands and the expansion of product offerings, launching shoes, jewelry and fragrances.  She also created one of the first shop-in-boutiques for Geoffrey Beene at Saks Fifth Avenue. Upon moving to Los Angeles in the early 1990s, Leslie continued to broaden her fashion merchandising brand-building skills alongside ABS by Allen Schwartz and Kevan Hall, designer to the stars.

Leslie has been featured as a style and footwear expert in Footwear Plus, Footwear News, O The Oprah Magazine, VEGAS, FOX’s Good Day LA, and more.  She was inducted as a member of the Patternmakers London and Footwear Livery Association.

Leslie joined the Two Ten Board of Directors in 2015 and currently serves on the Communications Committee.