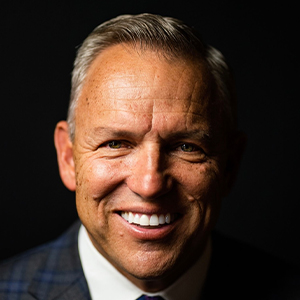 Prior to Manitobah Mukluks, Greg Tunney was the chief architect and strategist for the turnaround and revitalization of the RG Barry Corporation (NASDAQ) and Phoenix Footwear Group  (AMEX) where he was the President and Chief Executive Officer.  Most recently, Mr. Tunney served as the Global Brand President for Wolverine Worldwide leading over 150 licenses in various international markets around the world.  Mr. Tunney and his wife Heidi live in Park City, Utah where they enjoy skiing on the greatest snow in the world.  Mr. Tunney is a lifetime member of the National Football Foundation.  He served as Chairman of the Footwear Distributors and Retailers of America (FDRA).

Mr. Tunney graduated with a Bachelor of Science in Business  Management from Brigham Young University in Provo, UT as well as an Advanced Management Degree from Harvard University in Cambridge, MA.

Greg joined the Two Ten Board of Directors in 2009. He served as Chairman of the Board from 2017–2019 and he currently serves on the Finance, Investment and  Executive Committees