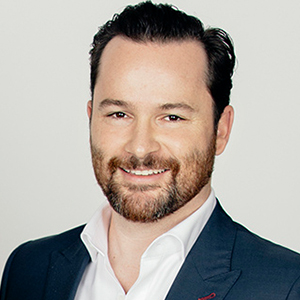 Jesse Edelman is the Senior Vice President of Sam Edelman, a division of Caleres inc. In this role he is responsible for business development overseeing the division’s Sam Edelman and Circus NY brands in addition to private label.

Edelman began his career in the shoe business at the age of 15 as a stock associate at a prominent NY boutique before he went on to expand his experience working as an intern at Kenneth Cole, then as a sales associate at Nordstrom.

Edelman is a member of the Two Ten Associate Board and was the co-host with his parents of the 2018 annual Two Ten Gala.

He studied Film and Video at the Savannah College of Art and Design and currently resides in New York City with his wife Ashley and daughters Eleanor and Alice.