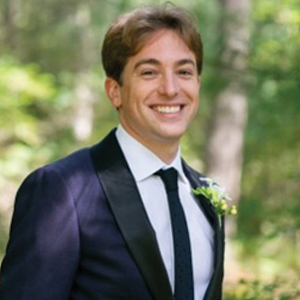 Jake Schwartz graduated from Boston University in 2009 with a degree in Mathematics. He began his career in footwear working for Jimlar Corporation and worked there for 5 years, through their acquisition by Global Brands Group. In 2014 an opportunity arose, at his family’s business: Schwartz & Benjamin Inc., to manage the operations and commercialization for their new Private Label division, so he joined as a 4th generation Schwartz at S&B. Over the next three years, Jake nurtured relationships with some prominent vertical retailers as well as establishing internal processes and procedures with the growing factory base. In 2017, S&B was sold to Steve Madden Ltd. After staying on for three more years, helping to grow the Private Label businesses under the S&B umbrella, Jake decided to go back to school for his Master’s of Science in Sustainable Management from the University of Wisconsin. He strongly believes that the footwear industry needs to drastically improve their environmental impacts to better our future.

Jake and his wife, Meghan, met at a footwear industry event in 2016 and recently got married in September. They now live together in Armonk, NY, not far outside of Manhattan.

Jake joined planning committees for Two Ten Young Professionals each year starting in 2009 and co-managed a couple of the fundraising events hosted by YP through 2014. He was a founding member of the Two Ten Associate Board and its first Treasurer.