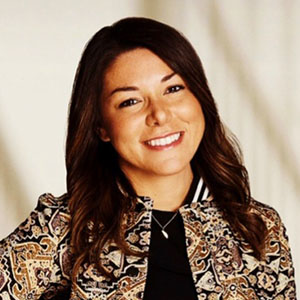 Christina Gigante has been working at Skechers USA Inc. for the last 11.5 years. She grew up in the footwear industry and has been surrounded by the Skechers family since she was 8 years old. Christina is currently the Vice President of Sales on the Domestic Wholesale team managing 2 divisions of the company. In this role she manages a sales team around the U.S. Christina manages wholesale account businesses day to day, works on growth strategies, increases divisional growth, identifies new business opportunities, implements marketing campaigns, and sets sales targets. Christina works closely with the Product team to create the next seasons looks and build assortments.

Christina has worked in many different roles throughout her years at Skechers. Since the beginning, Christina showed great interest in being a part of the sales team at Skechers. Once the opportunity arose to join the sales team, she jumped for it. Christina started her first sales position in the Northeast and quickly acquired a larger territory and major accounts. In June 2015 Christina was honored with the Skechers W.I.N. Award being recognized as one of the top sales representatives at Skechers. In February 2016, Christina accepted the National Sales Manager position becoming the first female National Sales Manager in the history of the company. In May 2021 Christina was promoted to Vice President of Sales for the Bobs from Skechers and Bobs Sport divisions.

Christina is very proud to be part of the Bobs from Skechers team. Bobs from Skechers is the philanthropic division of the company. She has been part of this team since inception. The Bobs from Skechers movement has provided needed footwear to children around the world for nearly a decade. This year they surpassed 16 million pairs in donations through the Bobs philanthropic program. Since 2016, Skechers has also helped save the lives of more than 1 million dogs, cats and other animals through pet adoptions, and supported medical care for additional animals at nurseries, sanctuaries and medical care facilities in the U.S.

Christina was born and raised in NY and has been a resident of New York City for 14 years. She is an active mentor to women in the Footwear Industry and is involved with WIFI. Christina has been a part of the mentoring program with the Children of Fallen Patriots Foundation for the last 3 years. These days Christina spends most of her free time with her family upstate enjoying the peace of the countryside.